Five Economies and the Role of Oil

Five Economies and the Role of Oil 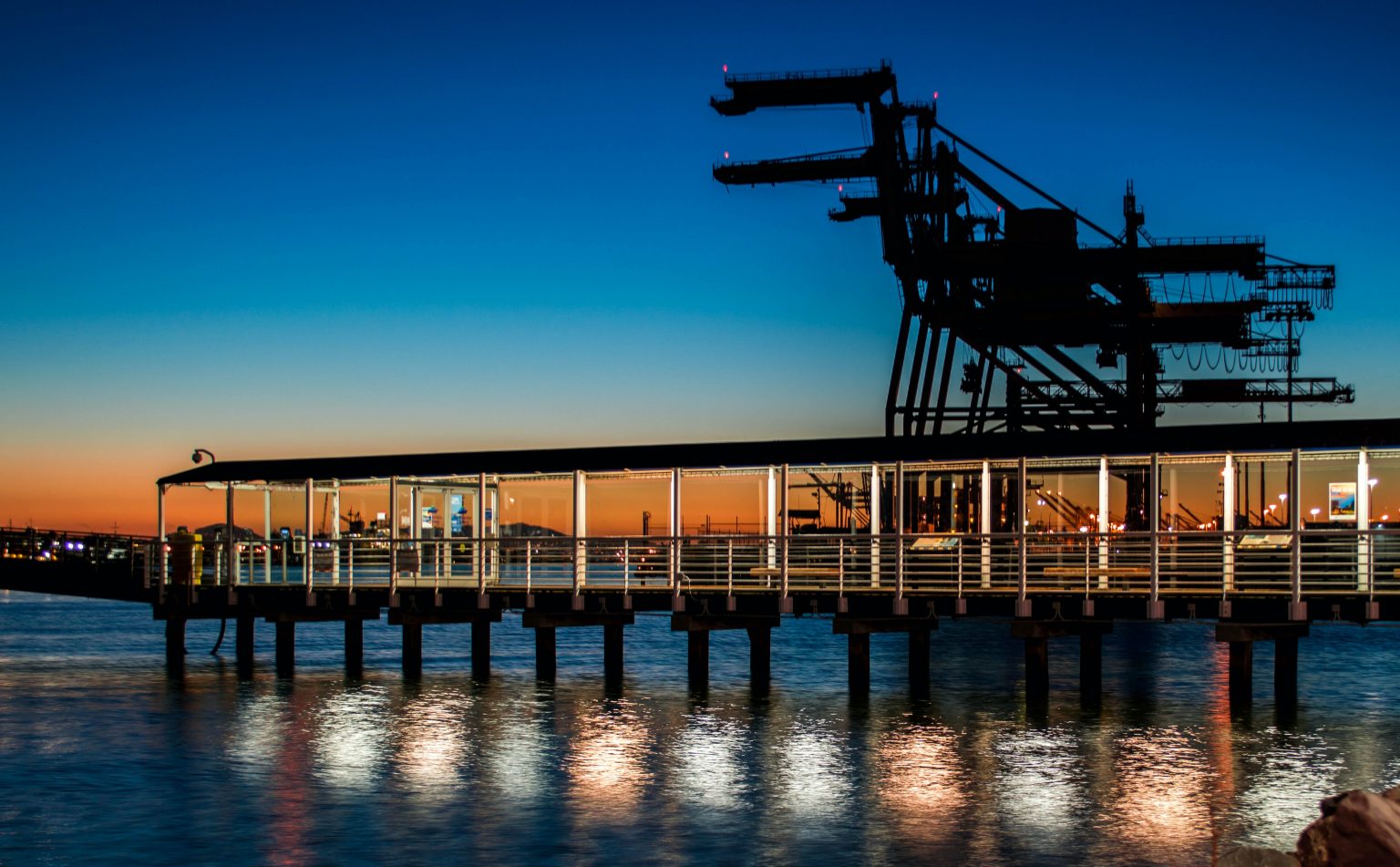 In Yogi Akal’s second video, he created a vision of the next decade’s economic landscape. He addressed issues of security, insecurity, and the shifting value of oil.

Over the years, I’ve worked with many different administrations and parties, advising every level of leader in government and business. However, most of my counsel has taken place behind closed-doors, confidentially and privately. In this Emergency Summit series, I am continuing that process via secure video – with a select group of leaders.

I wanted to discuss with you today the main concept that still runs the world in the beginning of this twenty-first century: insecurity.

Insecurity has been the basis for wealth. It has been the basis for war, for religion and for all conflicts internally, externally, individually and collectively. So why is this so important now? Because insecurity will be over in the next century, transforming to security. This is a mental process that we are all responsible for, individually and collectively.

There are five economies in the world today:

The first is an underworld, typically accounting for about 30 percent of all financial activity, sometimes as much as 50 percent.

The second economy is the citizenry itself, organized as government. This is the printing of money, the buying and selling to survive.

The third economy is trade based on old shipping routes. In other words, everything from the industrial revolution that is still connecting people but will fade over the next hundred years.

The fourth economy is called destabilization, usually related to energy. In this case, oil.

If we look back over hundreds of years, we know that for a while churches ran the world. Then, during the Industrial Revolution, magnates dominated the world. They built empires – government empires, royal empires, and economic empires – which created the next level of power, bankers. And then oil barons.

We’re now in a whole new world where autocrats have no guaranteed survival and oil no longer runs the world. There is a last-ditch effort to make this work, to destabilize economies so that trade routes and oil can profit, but it will not last. I guarantee you this will not last more than a generation. Think of oil like you would think of the horse and buggy in the early twentieth century. The horse and buggy were phased out and gave way to cars quite quickly, and we built a whole highway system around those cars very, very quickly.

We look back now and recall with nostalgia that horses really did pull people through the streets. People really did go to the toilet in the streets in their cities. Then we built cars and plumbing. Within a generation, oil will meet the same fate as the horse and buggy. It will not generate profit. It will not be part of the financial structure of our world. It will still be part of the infrastructure of moving and creating things in our world, but it will not be profitable because energy will not be controlled or contained by any given area or person or company.

Those who are investing to create profits through oil must ensure that source economies are destabilized. This is the way it’s done. On a map, you can see very clearly where the largest economies of the world–government economies and private economies–are working and moving their chess pieces around, but this is not the future.

In the 1980s, a delegation of American businesspeople visited Japan at a time when the Japanese were considered to be the greatest businesspeople of their time. During a conference, one of the Americans asked an elders in the Japanese business community, “Sir, do you plan ahead?” The executive answered, “Yes, of course.” And the American said, “How far do you plan ahead?” The executive said, “So sorry, only three hundred years.”

To the Western mind, this seems ridiculous. In North America, we tend to think of a year or two at a time, five maximum. But in other parts of the world, economies, governments, and philosophies are oriented to generations, lifetimes, eras, and centuries.

The Chinese have been very transparent about what they’re doing. In 2013, they announced what they were going to do over a period of fifty years. They will not get to it completely, though, because substantial changes will occur in the next twenty years, especially in the late 2030’s. China as we know it will change. It will have to pivot to accommodate the world that has changed internally and externally. For now, they’re focusing on feeding their people as other empires have tried to feed theirs.

In the world of finance, we have the same entitled players jockeying for position, stumbling over each other, each one threatening to stabilize or destabilize, each one thinking they are in charge of everything. And yet they are not. There are other forces at work.

Whether we’re speaking of Guyana with its enormous oil and natural gas capabilities or, right next door, Venezuela with its mesmerizing deposits, we are in a very good position for new intelligence and counterintelligence. Five economies are the future of global commerce.

The five economies of the first part of the twenty-first century will be agribusiness, space, wellness, mining, and entertainment (which is really a very broad field that has to do with the development of the mind, not just song and dance).

The Internet will change completely. Gaming will change the Internet. You won’t recognize it anymore. It’ll become a whole new way of living. What an exciting time that will be, and the change will be instant.

There were times in the 1400’s when we believed the world was flat. We thought if we swam out to the edge of the horizon, we would fall off. We later discovered by looking down from space that it was round, perhaps a little bit oval. We realized that if we kept going, we would eventually come back to where we began. The shift in knowledge, philosophy, and technology that happened in the 1400’s will happen again soon, but much more swiftly.

So how do you deal with shifts in the world today? When something happens that’s immediate, it pivots everything. In your world, as a leader, this is what you need–the pivot, which comes from the power of your own mind. For example, pre-calculate and pre-understand that oil will be profitable for only ten more years, at most one more generation. For those who think that oil is their whole world, I assure you it will go the way of the horse and buggy. And when it does, it will happen very quickly. So bet on your future not by destabilizing economies in order to gain in the short term but thinking long term because this will give you the stability, the security, that the world needs and that you will be part of creating.

Create security instead of insecurity or you may as well take several thousand or, if you’re in government, several billion dollars and simply throw it away. You’re not just creating debt–you’re creating a default that will never shift for you. You’re creating a baseline that you will be ashamed of. It’s not an emotional thing–you will simply look back and say, What was I thinking? So I encourage you to look forward in everything you do, particularly in the area of finance.

Think secure and think ahead and think past oil, past the next ten years. We need oil right now, but for those who are playing games with a destabilization of economies, trying to move the checkers and chess pieces around oil, their personal nervous system will simply fail. Your nation may survive, but you will not. It’s an era that’s over. It’s like trying to take that horse and buggy on the highway–it’s cute, but it’s not realistic and it will not work.

Your relationship in terms of leadership is being tested every day. If you understand how to subordinate your ego to the role you play, then you have created leadership. When you’re successful, you can determine, you can know your role. You can hire counselors, you can hire managers, anything and anybody money can hire, but they can’t hire you. You are not available for anything other than the impersonal role of serving the role that you have created. And the moment it becomes personal, your energy is gone, your repertoire is empty, your reputation is gone and you will not be able to get it back. Now, some may still succeed with it, but they don’t have a legacy. They don’t change the world.

Your relationship now, as leaders in this world, this responsibility, is to respond by doing your homework, to develop the reputation of trust, to do it impersonally, to create that role, and serve it.

Money is what money does. This is the first rule of economics, but the same thing applies to you. Your role is what you do. It’s not how you think. It’s what you do and when. What you do must match up with a vision that you create. Even if that vision changes, when your role matches up with that vision, then you have integrity of purpose, and that integrity of purpose creates for you an energy circuit.

Now I want to show you another example of what you can do for yourself – take the fingers of one hand and you place them on the wrist of your other hand and hold them, like you’re playing piano until your touch softens a little bit. You can feel your pulse under each of these fingers. This is something you can practice easily and often. It creates an energy circuit.

Your heart is very strong. It is the leader muscle in your body that pumps so powerfully that anywhere in your body, you’ll be able to feel a pulse, a magnetism or rhythm.

This is who you are as a leader and this is what you create. You are a rhythm, you are in touch with your role, with your own magnetism and rhythm. It will help you to pre-calculate your world.

There are five ways of thinking, five minds  –

But now you have to add these three letters in front of these five minds: P  R  E, as in “pre”, pre negate, pre understand, pre positive, pre-imagine, pre-neutral.

Don’t just decide, but pre-decide and know the consequences of it. This is why in this executive network, in this leadership summit and during this emergency, I encourage you to think much further ahead. The decisions that you make today will serve where you want to be tomorrow.

Pre-executive, pre-execute and pre-pivot. If you are pre-prepared with your nervous system, with your energy circuit, then you can pre-handle anything that comes up.

You may have an imaginary idea that there must always be some who are insecure. That’s not true. There is only insecurity where there’s poor self esteem and in the world that we live in now, this is how we behave. But that is going to change so rapidly, not by outside forces but by our own intelligence, so rapidly that our self and our esteem will pivot. We’ll be moving faster than our own cells and only a strong nervous system will be able to pre-understand, pre-calculate and pre-navigate through it.

This is the message that I am bringing to you, the political and business shapers of the world.

Watch this short video to learn how to create the relaxation energy circuit yourself.