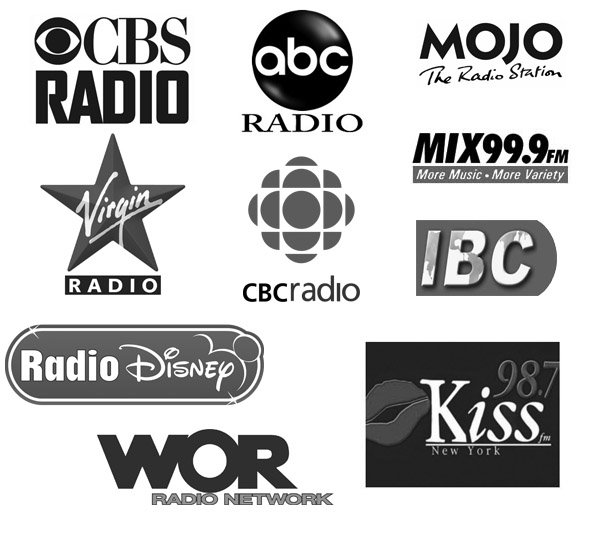 On radio, Yogi Akal is known for his entertaining and insightful programs that typically go over time because of the high call-in volume.

Yogi Akal has been a featured guest on hundreds of national and local radio networks around the world, from Virgin Radio in Dubai to KISS Radio in New York, and from LBC Radio in London to CBS in Chicago. Known for commentary, interview, live call-in, and celebrity dialogue, he has consistently generated the highest call-in volume and top rated segments in all markets. He produced his own popular radio shows in Los Angeles and Montreal, and appeared on a celebrity medical panel for ABC Radio International. His CJAD program was the longest running radio segment of its kind in Canada.

Testimonials from Radio
“When Yogi Akal is on air, the atmosphere takes on the urgency of the first day of the Harrod’s Sale. Sharp elbowed callers wrestle with the phone operators to get on the air with him. Our extraordinary audience ratings are in no small way due to his presence. I didn’t realize that a yogi could be this exciting!” – LBC, London
“For years Yogi Akal drove our Sunday morning ratings. We love how he connects with our audience and they love how he never misses a beat. Every show is a hit!” – KISS, New York
“Within seconds of speaking with Yogi Akal, it is most evident that he is an extraordinary man who astonishes with his amazing presence. On the air, Yogi Akal is articulate, humorous, and spontaneous. He is both extremely informative and entertaining. His features are very popular with listeners and encourage their participation. Yogi Akal is that rare combination of someone highly knowledgeable in their field and very media-friendly.” – MIX ’99, Toronto
“We received a tremendous amount of responses on Yogi Akal’s show. He attracts listeners.”  – KSRF, Los Angeles
“I must say that as far as information and entertainment is concerned, Yogi Akal’s appearance on our program tops them all!”- CJFM, Montreal
“Yogi Akal is without a doubt the greatest phone lighter-upper in our experience. The call load was phenomenal, with all lines staying list up for the entire two hours of air time. I also find his on air demeanor to be absolutely flawless professionalism.”- WHCU, New York
“As the host of a late night radio show that is heard in Montreal and Toronto, I have seen my share of guests come and go. This is a program I have been hosting for 20 years and there is a very small number of guests who have been with me for the entire duration. One of them is Agia Akal Singh Khalsa (Yogi Akal), one of the most popular guests we have ever had. His monthly appearances on our show guarantees that the phone listeners line up in anticipation of having the chance to talk to him on air. But quantity of calls is not the barometer I use to gauge the value of a guest, but rather the quality of his connection with those who do call. It’s always a fun, fast-paced program when Yogi Akal is on the show with us and while the show itself is lighthearted, the information he offers each caller is well received and much appreciated. Over the years, many of our listeners who have spoken to him in the past marvel at how helpful his information has been and how enjoyable he is to listen to. I know for a fact that our show has been greatly enriched by the appearances of Yogi Akal.”  – CJAD 800 AM, Montreal; CFRB 1010 AM, Toronto
“Yogi Akal’s listener and viewer call-ins are immensely popular. He gives immediate insight into stress reduction, relationships and life. Yogi Akal’s expertise is a big hit. He pinpoints past, present and future potential. He gets right to the point, is very entertaining and provides answers in a matter of seconds.” – WKLS, Atlanta
“Yogi was a great guest. The listeners loved him. His information was spot on about their lives and the reality of the relationships they were in.”  – Belinda Skelton’s Atlanta Living
“The show was great! I loved Yogi Akal and so did my audience. I look forward to having him back again soon.” – The Danielle Lin Show
“Yogi Akal was a great guest. Our phones rang off the hook. He is one of our favorite guests.”  – 97.7, New York

Below is a partial list of the radio shows that Yogi Akal has appeared on: